The newest commissioned piece I made turned out a little differently than I had originally planned.  When I met Lucy (new mom) at Joann’s to pick out fabric for her new little girls room I was picturing a simple patchwork of triangles.  I thought they would complement the box pleats I had planned for the window valance, and crib skirt I was also planning to make. 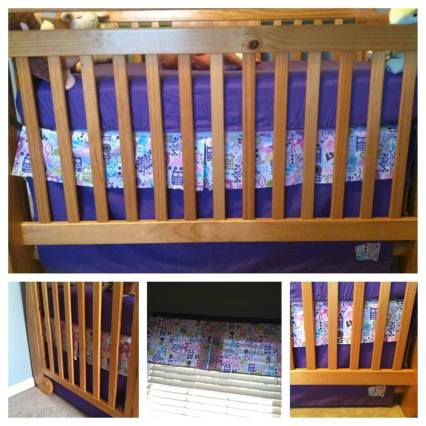 (I even appliqued little owls to the bottom of the crib skirt, which is made to adjust to the two different height settings of her crib.)

But when I got down to business, these owls were too cute to not fussy cut. 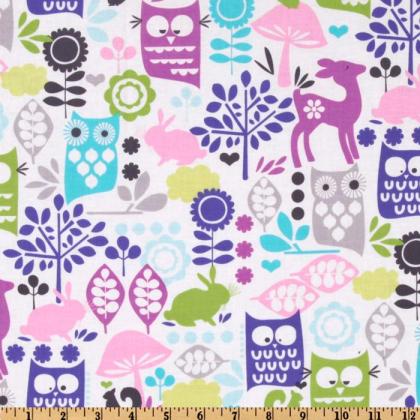 It’s a Michael Miller print I found here that Lucy had ordered.  I decided I would cut out the cute owls and build some improvisational blocks around them.  I ended up with 9 blocks that are each about 14 inches square.  Each block was made consecutively with narrow white strips connecting them.  I LOVE the way it turned out.  I think it looks quite complex and has lots of movement, but was very simple to construct. 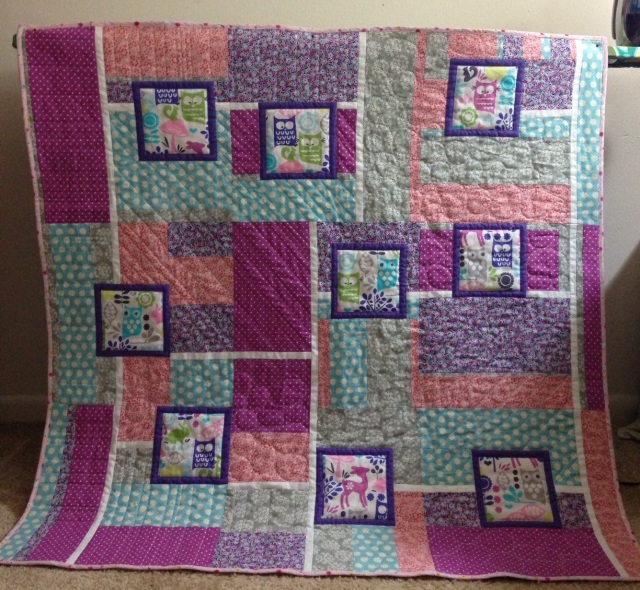 I even had three little owl blocks I was able to work into the back of the quilt. 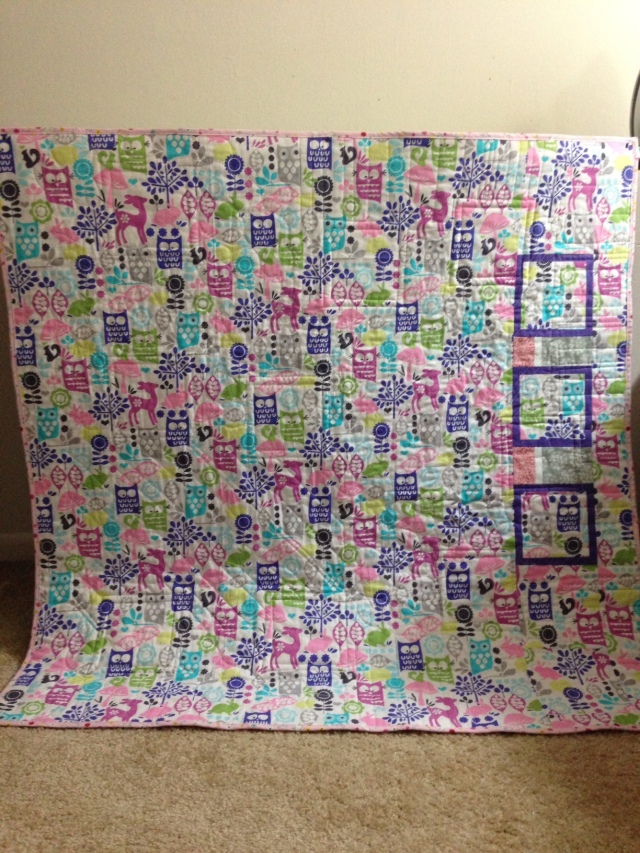 When it came time for quilting I decided I wanted the fussy cut owls to stand out a bit, so I added a double layer of batting to each square, and stitched around the purple boarders.  Then the white boarders came in handy to separate the quilt into different zones of quilting.  Some sections are free motion quilted with big bubbles/pebbles, some sections have diagonal lines, and some sections have vertical/horizontal lines.  Again, I love how this turned out. 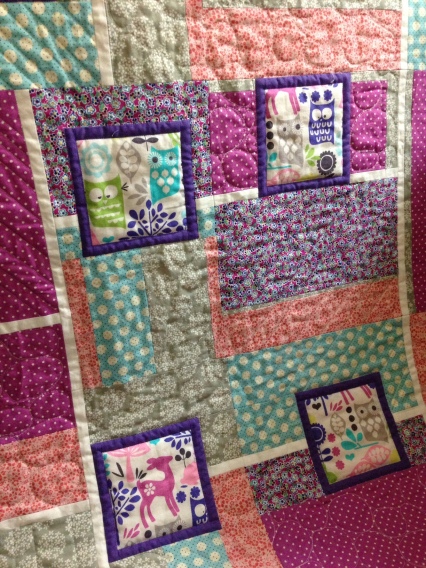 Hopefully Lena will get lots of good snuggles out of this over the years.  What do you think of improvisational piecing?

One thought on “A Quilt for Lena” 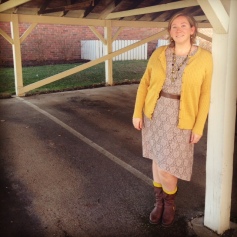